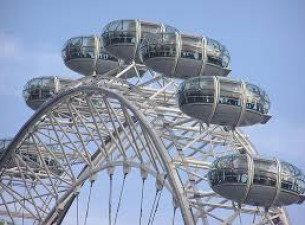 Did you hear about the London eye?

The London eye has become the latest landmark tourist attraction for the people holidaying in London.  The 135 meter Ferris wheel weighs 1700 tons and took more than a year and a half to construct. It was built in the year 1999 and is also known as the Millennium wheel. The glass capsules give a 360-degree view of London to the tourists. The Buckingham Palace, St. Paul’s Cathedral and the Houses of the Parliament are clearly visible. The night views are even more spectacular. The wheel rotates ....