Smoke, Money, and Entertainment: How Canada's Legal Cannabis Can Blow Up Its Economy 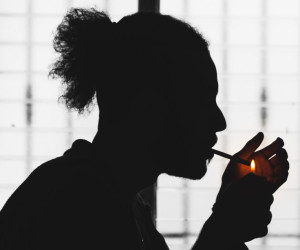 This October, Canada is going to join the (short) list of countries where cannabis consumption is legal for both medical and recreational purposes. This is a major thing, considering that Canada is the first G7 country to go through with the legalization of the consumption of this pretty controversial plant. As you might expect, the impact of the legalization of cannabis in Canada - a truly major policy change - on the economy of the country will be serious (mostly positive, according to many analysts). But let's set aside economy for a while - let's see how it will affect the country's entertainment industry instead.

From booze to smoke


For many, a night our partying involves drinking. With the spread of legal pot around the country, in turn, some of them might switch from alcohol to pot. There are many companies that already promote their cannabis-infused drinks - the vast majority of them are completely alcohol-free, ranging from apple juices to cola, root beer, tea, coffee, and other soft drinks with diverse flavors (and most of the time, pretty colorful and happy packages) as an alternative to booze and beer.


Cannabis-centered parties are also becoming a thing. Alex Halperin, The Guardian's journalist, describes a shift in the nightlife of Los Angeles where cannabis is getting out of the alleys and to the center of the dancefloor, with alcohol being relegated to a supporting role. Party planners are starting to embrace the effects of cannabis to plan "420-friendly" events. As cannabis tends to enhance the consumers' senses, pot-friendly parties are becoming multi-sensory experiences. Cannabis-centered entertainment is already becoming a thing in the US and will continue to grow further, especially after this October.

How about cannabis tourism?


The Netherlands formally forbade tourists from buying cannabis in its coffee shops back in 2013, based on an EU directive implemented in 2011. This doesn't mean that tourists can't enjoy a cup of pot-infused tea or an edible in a coffee shop in Amsterdam - the ban is not enforced and not prosecuted at all. The Netherlands is still one of the most sought-after destinations for cannabis smokers in Europe. The US states where cannabis consumption has been legalized - nine of them, along with the District of Columbia - have shared contradicting reports on the phenomenon. Some sources - including the emergence of "420 friendly" rentals on Airbnb and marijuana tourism rental specialists - speak of a "significant" impact of legal weed on the tourism of the areas, while others question whether marijuana tourism even exists. The fact is, there is still no comprehensive data available on the matter. This didn't stop entrepreneurs, including boxing champion Mike Tyson, from opening so-called "marijuana resorts" where visitors can enjoy the plant in the form of their choosing.