8 Events that built the MLS 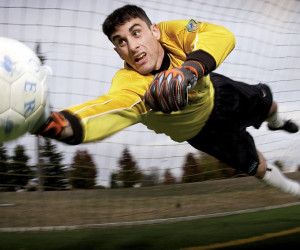 Soccer is by far the most popular sport in the world. Think of a country and you can bet it has a national soccer team.

In 1994, when the United States hosted the World Cup, the country witnessed first hand the level of popularity the sport had around the globe. The tournament broke attendance records, attracting an average of 68,991 fans per match and 3.58m overall – both of which still stand today despite the World Cup’s expansion from 24 to 32 teams.

The United States national team did not go far in the tournament and Brazil eventually won the World Cup against Italy in a penalty shoot-out but millions of Americans were turned on to the beautiful sport of “football”.

In 1988, one condition FIFA imposed when it awarded the United States to host the 1994 FIFA World Cup was the creation of a professional soccer league. Major League Soccer was founded in 1993 and began operating in 1996.

The first MLS game between San Jose Clash and DC United was played in front of a sell-out crowd of 31,683. The match was far from memorable ending with a 1-0 win for San Jose Clash. Eric Wynalda scored the first goal in the league’s history.

International superstar David Beckham surprised the soccer world when he announced on social media that he had signed a 5 year contract with LA Galaxy at the age of 31. There were rumors the contract was worth up to $250 million US including sponsorship deals. His actual MLS salary was $ 6.5 million.

Beckham’s contract required the introduction of the Designated Player rule, which allowed the cap to be bypassed for certain players.

His star-power eventually attracted other star players to play in the MLS and as of 2020, more than 200 players have benefitted from the Designated Player rule including Thierry Henry, Didier Drogba, and David Villa.

In 2007, Toronto FC became the first Canadian team to join MLS. The team was ready to make a splash as it arrived fully prepared with a 30,000-seater purpose-built stadium, while many other teams in the league were sharing stadiums with football teams.

Although the team never made it to the playoffs during their first eight seasons, it eventually won a MLS Cup in 2017.

Seattle Sounders’ goalkeeper Stefan Frei made one of the most memorable saves in soccer history by robbing Toronto FC from its first championship title during the third minute of the second frame of extra time. That save eventually helped Seattle catapult to championship glory.

Here’s what Frei had to say about “The Save”: “When Jozy gets his head on it, it was a bit of a, ‘Holy crap, you can’t give up on this.’ Sometimes you just get frozen. You see a lot of goalkeepers get frozen there, but for some reason I felt like it was an important moment and that that pushed me to go.”

When the Atlanta team joined the league, the owners made a promise of being a top club from day one. The club signed Gerardo Martino to coach the team in their first two seasons. Martino attracted many young South American players to Atlanta and the club won its first championship in only its second season.

When it comes to fanbase, no other team compares to Atlanta United as it has played to crowds as low as 42,000 and and as high as 77,000.  All ten of the biggest regular season attendances in MLS history were home games for Atlanta.

Swedish superstar Zlatan Ibrahimovic joined LA Galaxy in 2018 and it did not take long for the prolific goal scorer to set the tone as he scored two spectacular goals in his first game.

The talented striker only played two seasons in MLS but he provided soccer fans around the globe with many highlight reel goals and high-skilled plays.

In a show of solidarity with the Black Lives Matter social justice movement, more than 100 Black MLS players raised their right fists and took a knee before the MLS is Back Tournament in Orlando, Florida, last summer.

"It was a beautiful ceremony with a very powerful message. For the Black players' association to organize and coordinate the way that they did, they should be very proud of what they did," Inter Miami captain Luis Robles said after the game.