5 Female Athletes Who Made Their Mark During March Madness 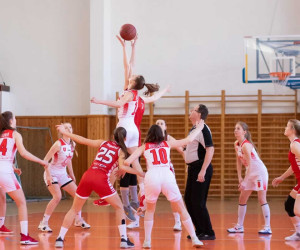 The NCAA held its first women's basketball tournament in 1982. The tournament initially consisted of 32 teams and later expanded to 64 teams before the 1994 season.

Over time, the tournament has transformed into a ritual for many sports fans around the globe where they meticulously come up with innovative strategies to find the perfect bracket. According to this recent study, you have a better chance of winning the lotto than you do finding the perfect bracket.

In close to forty years, many athletes have thrived during this single-elimination tournament. Some of them have shined the brightest when the stakes were at the highest and some have even gone on to have successful careers in the Women’s National Basketball Association (WNBA) and around the globe. Let’s look at the five best female athletes who made their mark during March Madness.

Known as a versatile player, Parker has been successful in every she played. A two-time national champion with the Volunteers in 2007 and ‘08, earning Most Outstanding Player of the NCAA tournament in both years, she ranks among the tournament’s all-time leaders with 322 points and 40 blocks over 16 career games.

Parker went on to have a legendary career with the Los Angeles Sparks of the WNBA and is now an analyst for NBA games.

Considered to be one of the greatest players in the women’s NCAA tournament, Stewart won the national title four years in a row while she was there. That’s not it, though. She also set a record by winning the tournament’s Most Outstanding Player award a record of four times. She ranks third all-time with 446 points, fourth in field goals made (162), and is tied for third with 207 rebounds.

A four-time WNBA champion and three-time Olympic gold medalist, Swoopes became the first woman to sign in the WNBA. In the NCAA, she led the Texas Tech Red Raiders to their only national title in 1993, earning Most Outstanding Player honors for the tournament, highlighted by her 47 points against Ohio State in the national final. It's the second-highest scoring game in NCAA Tournament history. She also broke Bill Waton’s record by scoring 177 points within one single tournament.

To this day, Wiggins is still the only player in the history of the NCAA Tournament to post multiple games of 40 or more points. Wiggins' 44-point effort against UTEP in the second round of the 2008 tournament is the fifth-highest scoring game in the event's history. Sports betting fans would have been ludicrous to bet against her in her prime.

She went on to play for the Minnesota Lynx, Tulsa Shock, Los Angeles Sparks and New York Liberty of the Women’s National Basketball Association. She has also played overseas in Spain and Greece. She won a WNBA championship in 2011 and WNBA Sixth Woman of the Year (2008)

Her 22.9 scoring average over 16 career games during March Madness ranks second all time.

Nicknamed “White Bamba” by Kobe Bryant (RIP) is still playing for the Phoenix Mercury of the WNBA. So far, she has won three WNBA titles and four gold medals as an Olympian.

During her time at UConn, Taurasi helped the Huskies win three consecutive national championships from 2002 to 2004, and was named the Most Oustanding Player in 2003 and 2004.

Taurasi totaled 428 points, made a record 61 three-pointers, and dished out 106 assists in 23 NCAA tournament games.

Some of the numbers in this article were collated by Betway sports.