Should You Try Mobile Gaming? 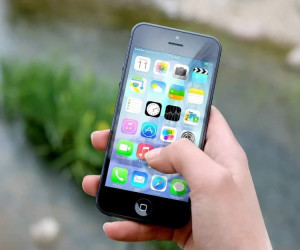 Mobile gaming has been on the rise for years, and it is able to offer more to players than ever before! If you have never tried this type of gaming, you should definitely consider having a play with some of the games on this platform. Let’s take a look at some of the reasons why mobile gaming is such a big market.

One of the primary reasons why we have seen such a boom in mobile gaming is that it is one of the more accessible forms of gaming compared to most others out there. Nearly everyone has a smartphone nowadays. It does not matter whether you have an iOS or Android phone, it is going to have access to a massive range of games for you to try.

However, if you wanted to try another type of gaming, chances are that you would be looking at spending money on a console or gaming computer. Many mobile games are also free to play, whereas other types of games either need a gaming pass subscription or a one-off payment to access the game’s content. Mobile games tend to just be that little bit more accessible and easier for people to try.

A Choice of Games

You also need to consider the wide selection of games available to players on mobile. Just as there are multiple genres and mechanics available to gamers on other platforms, so too can mobile players play pretty much anything that they could want.

Players can take a spin at an online casino or they could try to solve a puzzle and unlock the next stage of a story. Shoot-em-up games like Fortnight are free to access and can be played as a solitary player or as part of a team of players. There are so many different types of games that you could try, and even two in the same genre might be poles apart. Have no doubt – the world of mobile gaming always has something new and exciting to offer its players.

Once upon a time, mobile games were a little bit basic, even compared to older computer games. We all have happy memories of trying out games like Snake on our phones, but the games we can try now look very different.

A lot of work has been done to develop high-end mobile games that are incredibly impressive. Whether they are packed with the latest in graphic design or demonstrating intricate and interesting mechanics, these games should not be dismissed simply because they are on mobile.

If you have never tried a mobile game before, head to your phone’s app store and have a look at some of the most popular downloads. You might be surprised to see some of the games that are available to try there. There are some truly epic games awaiting those mobile players who want to hunt them down. If you are searching for a great game to try, you should definitely check out what the world of mobile gaming has to offer. This is only likely to expand and become even brighter and better for players everywhere!