These Five Brands Are The Largest Football Club Sponsors In Europe 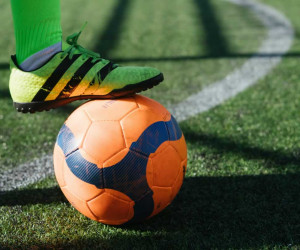 Along with the TV rights, sponsorship deals make the most countable sources of revenue for the biggest football clubs. This leads us to discuss the top five brands in modern football. They have the most prominent fan bases, recognizable jerseys and are the strongest and the most valuable football club brands in Europe and globally.

Real Madrid is a Madrid-based Spanish football club loaded with signature players throughout the illustrious history. The club started as Madrid Football Club in March 1902, and it is among the most decorated clubs with a record-breaking number of Champions League and La Liga titles. The Real Madrid Club makes $217.27 million from its biggest sponsors Adidas and Emirates. The club makes $134.7 million from Adidas and $78.2 million from its sponsorship from Emirates.

Real is among the most recognizable clubs with colossal traditions. The constant influx of sponsorship revenue allows the Royal Club to stay at the top of the game, as they year-to-year have the best odds to win the La Liga title and are among the top candidates for UEFA Champions League. Thanks to these sponsors, Bernabeu stadium is getting a complete rehaul shortly, worth €525 million. In addition, there are plans to include a casino within the stadium, bringing in an additional €120 million (besides sponsor revenue). Of course, even some well-established online slots for real money websites will have a hard time competing with those kinds of figures, but everything comes easy when there's a big sports brand behind it. Real even had igaming and sports betting sponsors in the past, so that's no wonder.

The professional football club, Manchester United, is based in Old-Trafford, Greater Manchester, England. It competes in England's top flight, Premier League, pretty consistently. The golden age for Red Devils was under manager Sir Alex Ferguson when they dominated Premier League and got to the top of Europe. The great football club was founded back in 1878 by Lancashire and Yorkshire Railway.

FC Barcelona, a.k.a. Fútbol Club Barcelona, is a famous Spanish football club. The professional Barça is based in Barcelona. It consistently competes in La Liga as the arch-rival of Real Madrid. In the last decades, the face of Barcelona is incredible Lionel Messi, whose out-of-the-world skills and achievements lured sponsors even more to a storied club. FC Barcelona makes a total revenue of $178.75 million through its club sponsorships with Nike and Rakuten. It makes a revenue of $117.31 through Nike and $61.45 through its club sponsorships with Rakuten.

Manchester City Football Club has been in the hands of Abu Dhabi United Group since 2008 when they began the rise to relevance with the signing of massive stars. The famous football club began as St. Mark's back in 1880. Then, it came to be known as the Ardwick Association Football Club back in 1887. And finally, as Manchester City FC in 1894. Pep Guardiola side won 17 home trophies since new owners showed up in 2008, but they still didn't manage to lift the Champions League trophy, though they came close in 2021. Manchester City FC makes a total revenue of $142.33 million through its garment sponsorships with Puma and Etihad. The famous English club makes $84.13 million through Puma and $58.21 million through its sponsorship support with Etihad.